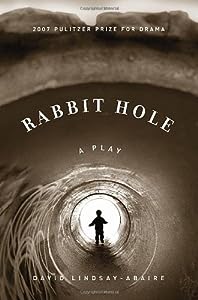 The Toronto International Film Festival is right around the corner and in fact, kicks off in two days on September 9th and runs until the 19th. Various Playlist members will be there at different times, so you should be getting reviews from the frontlines, an interview or two and more reports where applicable. With the festival upon us, we thought we’d deliver a quick recap and our most anticipated list. Essentially an early preview of the reviews you’ll likely be reading during the festival.

“Rabbit Hole“ – Director John Cameron Mitchell leads Nicole Kidman and Aaron Eckhart as a young couple trying to cope with the accidental death of their young son in what Mitchell described as an anti-Hollywood production and a personal project (Mitchell lost a brother at a similar age and felt a deep connection with the adaptation of David Lindsay-Abaire’s award-winning stage play).The picture also stars Dianne Wiest and Sandra Oh and almost featured a score by Final Fantasy aka Owen Pallet, a sometime member of the Arcade Fire and violinist, and it appeared he recorded some material, but then became too busy to complete the full score. He has since been replaced by Anton Sanko. Also, Nicole Kidman gave up a chance to star in Woody Allen’s “You Will Meet A Tall Dark Stranger” which she initially was cast in, but left that project in favor of “Rabbit Hole.”

“Meek’s Cutoff” – Things go wrong for Michelle Williams, Paul Dano, Zoe Kazan, Shirley Henderson, Neal Huff, and Will Patton, as well as Bruce Greenwood in Kelly Reichardt’s tale of the ill-fated expedition from Fort Laramie to Willamette Valley in 1845. The film is Reichardt’s follow-up to the devastating micro-budgeted, “Wendy & Lucy,” which boasted a killer and criminally overlooked performance by Williams (she didn’t receive the Oscar nomination she rightly should have scored). This Western is said to be Reichardt’s biggest picture to date (relative of course), and it’ll be interesting to see what the always-fascinating filmmaker delivers.

“Everything Must Go” – Will Ferrell pulls out another one of his annual indie dramas, joining a strong cast including Rebecca Hall, Laura Dern and Michael Pena, in the story about a recovering alcoholic (Ferrell) who falls off the wagon, is tossed from both his job and home, and must survive on his front lawn by selling his belongings in a yard sale. First time feature-film director and screenwriter Dan Rush (who made his name on music videos and commercials) obviously impressed everyone with his reel and his adaptation of this Raymond Carver short story â€œWhy Donâ€™t You Dance?”

“Never Let Me Go“ – Mark Romanek tackles Kazuo Ishiguro’s celebrated novel in his latest film, which made Spike Jonze cry. Will it make us weepy too? We’ll soon find out. The tragic tale of love among the students at a boarding school stars was written by Alex Garland (“28 Days Later,” “Sunshine“) and stars Andrew Garfield, Carey Mulligan, Keira Knightley and Sally Hawkins. And while some reviews have been mixed, the positive ones tend to be positively glowing. We’ll admit, we’re extremely anticipating this one’s textures and emotional center and we’re hoping it doesn’t disappoint.

“The Conspirator” – Starring Robin Wright, James McAvoy, Kevin Kline, Evan Rachel Wood, Danny Huston and Tom Wilkinson, the films tells the story of Mary Surratt (Wright), an accused co-conspirator in the assassination of Abraham Lincoln by John Wilkes Booth, who finds herself relying on a reluctant lawyer and ex-war hero (McAvoy) to uncover the truth and save her life. Could Robert Redford’s latest be a sleeper Oscar-season candidate? All we know is that ever since Robin Wright came back to acting full time she’s been fierce, and her turn in last year’s TIFF film, “The Private Lives of Pippa Lee,” was incredibly impressive and woke us up her talents all over again. With the film resting on her shoulders and a tremendous supporting cast behind her, Redford’s 8th directorial feature could be the surprise film to watch.

“127 Hours” – The latest from Danny Boyle is the true story of mountain climber Aron’s Ralston’s (James Franco) extraordinary survival tale after he found himself trapped under a boulder and faced with the decision to amputate his own arm. Could this picture mark another Oscar run for the “Slumdog Millionaire” director? Early reviews point to awards season gold. The film also stars Amber Tamblyn, Lizzy Caplan, Kate Mara and ClÃ©mence PoÃ©sy, and features work by two cinematographers, Anthony Dod Mantle and Enrique Chediak.

“Black Swan” – Directed by Darren Aronofsky, the film centers on the relationship between a veteran ballet dancer (Natalie Portman) and a rival, played by Mila Kunis, who may or may not be a figment of the dancer’s imagination. With strong reviews coming out of Venice and Telluride for the film, comparisons to “The Red Shoes” and early Polanski, and Oscar talk already in the air, we can’t wait to see what Aronofsky has pulled together. Winona Ryder, Vincent Cassel, Sebastian Stan and Barbara Hershey co-star. Clint Mansell once again provides what’s sure to be a spooky score.

“The Town”– Ben Affleck already impressed with his directorial debut, “Gone Baby Gone,” and transitioned from tabloid star to serious filmmaker, and with the intense-looking crime drama, “The Town,” buzz continues to grow. Based on Chuck Hogan’s novel “Prince Of Thieves,” the film follows the story of a bank robber, his criminal endeavors and the love triangle he finds himself in with a bank teller and the FBI agent on his trail, respectively played by Affleck himself, Rebecca Hall and Jon Hamm. Co-starring in the film are Jeremy Renner, Blake Lively, Chris Cooper and Pete Postlethwaite in what is shaping up to be intense, dramatic thriller.

“Amigo” – The fiercely indie filmmaker John Sayles returns with his latest, a fictionalized account of the U.S. occupation of the Philippines at the turn of the 20th century, using that backdrop to tell the tale of a squad of American soldiers who occupy a village and learn how to live and negotiate with the natives. Starring Joel Torre, Garret Dillahunt , Chris Cooper, DJ Qualls, Rio Locsin , Ronnie Lazaro, Bembol Roco, based on the trailers we’ve seen the film promises to be extremely provocative.

“Henry’s Crime” – The story of an aimless road-toll attendant who decides to rob a bank for real after wrongfully serving three years for the crime, the picture stars Keanu Reeves, Vera Farmiga, James Caan and is directed Malcolm Venville (“44 Inch Chest”) based on a script by “Anvil! The Story Of Anvil!” helmer Sacha Gervasi. Gervasi himself told us, “It’s a twisted romantic comedy, very dark and funny. [It takes place in] Buffalo [and is about a] toll both attendant in the middle of an existential crisis.” With the right script and director, Keanu can be a deceptively thoughtful actor (see “Thumbsucker”), so we’re hoping this is another indie in that vein.

“Cave of Forgotten Dreams” – In an essay Roger Ebert wrote titled, “Why I Hate 3D (And You Should Too),” the critic said that his distaste for the medium could be reconciled if someone like Scorsese or Werner Herzog made something inventive with the technique. Of course months earlier the German auteur had quietly announced he was working on a 3D documentary about caves. Herzog of course has braved almost every environment known to man in his various documentaries, and with ‘Forgotten Dreams’ the director was given unprecedented access to the Chauvet-Pont-dâ€™Arc cave art of southern France, created more than thirty thousand years ago and only discovered in 1994. If anyone else made a 3D documentary about ancient cave art, perhaps audiences would shrug, but when that filmmaker is Werner Herzog everyone collectively stands up and pays attention.

“It’s A Kind Of Funny Story” – A depressed teenager experiences a nervous breakdown and then checks himself into a hospital only to realize he’s been admitted to the adult psychiatric ward. The dramedy sounds potentially rote, but it is the third feature-length film by Ryan Fleck and Anna Boden (“Half Nelson,” “Sugar”). The film stars Keir Gilchrist as the teenage protagonist and the picture features a stellar supporting cast including Zach Galifinakis, Emma Roberts, ZoÃ« Kravitz, Jeremy Davies, doctors and psychiatrists Viola Davis and Aasif Mandvi, and parents Lauren Graham and Jim Gaffigan. The film also boasts a score by orchestral indie rockers Broken Social Scene. We’re there.

Finger Crossed: 4 More We Hope To Catch
If you’re not already aware, TIFF schedules are nuts and films sometimes either screen only once (like Eastwood’s “Hereafter”) and/or conflict with other screenings. Here’s five other films we hope to see, but as of right now there may be no guarantee we’ll actually catch them.

“Hereafter” – Is Warner Bros. hiding Clint Eastwood’s latest from critics? With no press screenings at TIFF, and only one already sold-out public screening (anyone have an extra ticket?) the film will have a curious premiere. Written by Peter Morgan (“The Queen,” “Frost/Nixon”), the film follows three plotlines: Matt Damon plays a psychic in San Francisco who can’t connect emotionally with his girlfriend (Bryce Dallas Howard) and wants nothing to do with his powers; Cecile DeFrance plays a French TV journalist/talk show host who has a near death experience in the 2004 Tsunami and the third character is a young boy whose twin brother dies in an accident (played by unknowns Frankie and George McClaren). Slowly, as the story evolves, their lives interconnect. Eastwood has called it his “chick flick,” Damon has called it Eastwood’s “French film” and the script is different and low-key, so we’re tremendously interested in seeing how this one plays out on the screen.

“The King’s Speech” – Scheduling gridlock might keep us away from Tom Hooper’s latest, which is already tipped for Oscar glory. Starring Colin Firth, Helena Bonham Carter, Geoffrey Rush and Guy Pearce, the film tells the story of King George VI who overcomes his stammer with the help of speech therapist Lionel Logue. Consistently a solid utility player, it wasn’t until last year’s deeply affecting, “A Single Man,” that Firth displayed his full depths and the fact he could easily lead a motion picture. Now that the actor is hitting his stride and receiving more leading work, we’re intensely keen on seeing how else he can impress us. Hopefully the Oscar talk is on point.

“Let Me In” – Ill-advised remake or reverential adaptation? The question will be answered soon when Matt Reeves unveils his latest flick, a re-do of Swedish-director Tomas Alfredson’s celebrated vampire film, “Let The Right One In.” The film stars Chloe Moretz, Kodi Smit-McPhee and Richard Jenkins is this unique coming-of-age tale.

“The High Cost Of Living” – Yeah, Zach Braff is an easy target but we have to admit we’re curious about his latest, a dark indie drama directed by Deborah Chow. The film’s story is put into motion when a hit and run incident sees an eight-month pregnant woman, Nathalie, lose her baby while the intoxicated young male responsible, Henry, flees the scene of the crime in order to save himself from police prosecution. However, fates align and the two soon coincidentally stumble upon each other though both remain blissfully unaware of the other’s role in the accident.

This is a obviously just the tip of the iceberg and there’s several more films we’re anticipating including Mike Leigh’s “Another Year,” “Passion Play” with Mickey Rourke and Megan Fox, Eroll Morris’ “Tabloid,” “Essential Killing” starring Vincent Gallo, plus Gallo’s own “Promises Written In Water,” Tom Tykwer’s “Three,” FranÃ§ois Ozon’s “Potiche,” Lee Chang-dong’s “Poetry,” Max Winkler’s “Ceremony,” etc. etc. And for some of us, a chance to finally see, “Blue Valentine” which some of us already saw at Cannes. And many, many more of course, but here’s our top-level primer, and fyi, if you’re in town and still haven’t bought tickets, you will need to start rushing to queue in advance. We cooked this up super fast (and probably forgot something), so feel free to sound-off on things you’re looking forward to seeing or reading about.